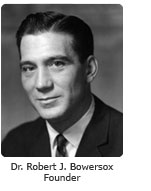 In 1967, Dr. Robert J. Bowersox and nine physicians local to the Monterey Bay area acknowledged the need for a luxurious and state of the art skilled nursing facility to accompany the recently built Community Hospital of the Monterey Peninsula. With medical foresight and a focus on comfortable living, a ground lease bordering the hospital was acquired and plans were drawn for what would eventually become Carmel Hills Care Center.

For the next 30 years all operations of this facility were handled through management contracts with large healthcare corporate entities, independent of the original visionaries that designed and developed the grounds. In 2005, Dr. Bowersox’s sons Kim and Robert Jr. recognized that an operational improvement could be made and pursued an acquisition of the skilled nursing facility that their father had established 30 years prior. This transition to family-ownership was met with a change in facility name, from Beverly Manor to Carmel Hills Care Center.

Since the beginning, the Bowersox Family has operated Carmel Hills Care Center with a primary emphasis on superior quality patient care; transparent operations; consistent communication between staff, patients and their loved ones; and successful rehabilitation programs. Carmel Hills Care Center is known for hiring only the most competent and compassionate personnel and for staffing at ratios that far exceed regulatory recommendations; this is how personalized patient care is accomplished. Today, Carmel Hills Care Center continues to lead as the premier skilled nursing facility on the Monterey Peninsula and has earned a reputation for providing a clean, comfortable and family-oriented recovery environment that produces successful patient outcomes. 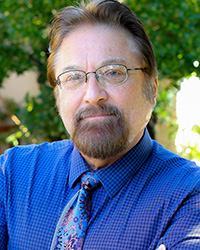 Robert Bowersox is a Licensed Administrator, an MBA graduate of Michigan State University and has over 30 years of Skilled Nursing and Assisted Living management experience.

Upon earning his MBA, Mr. Bowersox accepted a banking position with Morgan Guarantee Trust in New York, which resulted in his acquaintance with the founder of U.S. Surgical Corporation. Bob joined U.S. Surgical to help establish a Central California marketing team. It was this experience that initiated a lifelong devotion to healthcare.

Subsequently, Mr. Bowersox joined Hacienda Health Care to assist with the consolidation of operations for their six Skilled Nursing Facilities. Over the next nine years, Mr. Bowersox served as Administrator, Regional Administrator, Director of Marketing and Director of Development. He participated in program development, growth strategies, acquisitions, and development, resulting in 24 facilities. During this time corporate value increased by 3200% and the company was acquired by the Hillhaven Corporation, a subsidiary of National Medical Enterprises (NME). At NME, Mr. Bowersox joined a six-person team to establish an Assisted Living Division.

Bob’s role was to identify the characteristics of successful Assisted Living projects on a national scale, profile users and match those profiles with area demographics where NME or Hillhaven had existing operations. He worked with NME to develop program and design criteria for multiple Assisted Living Projects. During that time Mr. Bowersox became a charter member of NASLI (National Association of Senior Living Industries).

One of NME’s Assisted Living venture partners was Samaritan Health Services, also actively engaged in establishing a Senior Care division. Mr. Bowersox joined Samaritan as President (CEO) and Chief Operating Officer (COO) of their Senior Services Subsidiary to lead their efforts in that regard. 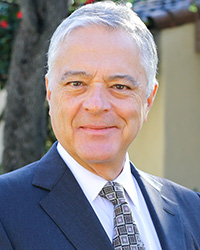 Kim Bowersox has over 25 years of experience in the legal professional and commercial real estate in both the public and private sectors. An honors graduate from U.C. Berkeley, he earned his law degree from George Washington University (Washington D.C.) while serving as chief congressional aide to Representative Leon Panetta.

After serving with Congressman Panetta for six years, Kim was appointed to the Senior Executive Service as Director of Congressional, Public and International Affairs for the Farm Credit Administration, a federal financial regulatory agency, overseeing the $68 billion network of agricultural banks throughout the United States, where he administered 14 professionals for three years.

In addition to being an attorney, Kim is a licensed California Real Estate Broker and has been involved in hundreds of commercial real estate transactions. He served as the exclusive agent for the City of Monterey, California, negotiating real estate acquisitions, tideland lease agreements and efforts for locating several corporate headquarters to the Monterey Peninsula. He brokered build to suit developments, lease transactions and commercial sales throughout Central and Northern California. Kim served as an asset manager in charge of all operations for JBL Properties in San Francisco, California, overseeing a $60 million portfolio of commercial properties throughout the San Francisco Bay area.